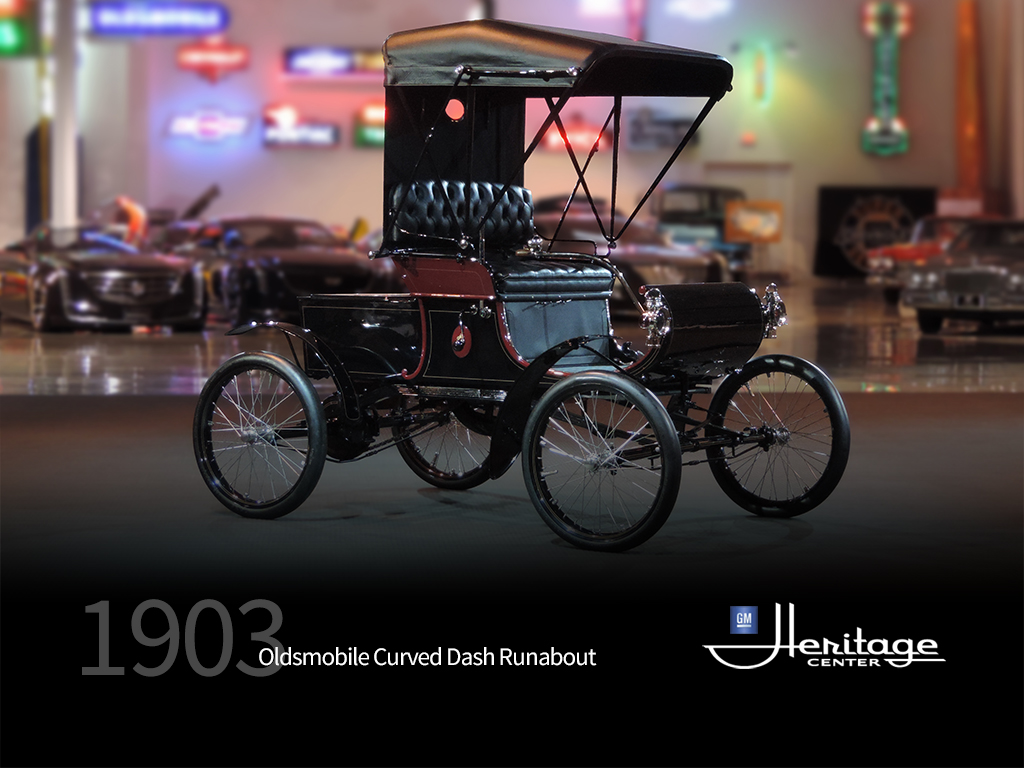 During the early days of the automobile,
only the affluent could drive –
at least until used cars joined the fray.

Automobiles, like all commodities, have to be new before they become secondhand. So the story of the American used car cannot help but begin with the development of the auto industry in general. Intertwining of the two began early in automotive history, then intensified as new-car dealers also became used-car merchants.

Shortly before the turn of the twentieth century, horseless carriages began to appear. Though called a "necessity" by early observers, motorcars sold before the "Great War" (World War One) were far too costly for the average family – in both purchase price and upkeep.

Promoters of motoring for the "average man" really meant the average well-to-do man. The "average man" described in 1900 as "rolling complacently down the avenue in some trim, swift-moving contrivance" was almost certain to be a member of the well-to-do class.

With rare exceptions, early cars were paid for in cash. Time payments were available as early as 1903, but available only to buyers who didn't need them. As one tradesman of the day declared: "To permit a piece of mechanism like the automobile to get into the hands of inexperienced users by the payment of only a little of the purchase money is foolish almost to the point of criminality."

Prices of nearly all new cars through the first two decades of the new automobility stood in stark contrast to earnings of workers in most occupations. In 1900, according to one statistical source, the average worker earned about $13 a week, working 59 hours. That's $675 per year. (Other sources cite lower average annual earnings: $450 or less.)

Purchase price was only the beginning. Typical maintenance costs also had to be considered. Not only were vehicle prices far beyond even the best-paid manual workers; upkeep could threaten even some of those affluent automobilists with fiscal disaster.

Operating costs of a vehicle in the 1900-10 decade were estimated 10 to 18 cents per mile. One 1903 owner reported an 11-cent per mile cost in World's Work citing tires as the greatest portion of the total, followed by oil. For decades, adding oil to the crankcase between changes was a normal task.

Gasoline in that first decade of the new century average 22 cents per gallon. A typical motorcar might manage 20 mpg.

During the second half of that decade, driving costs rose, as more options became available (and car owners coveted them). Available extras might include a top (most early cars were roofless), a windshield, speedometer, and one or more spare tires, along with the requisite air pump and tire-changing tools.

Goodyear claimed in 1909 that tires amount to 80 percent of vehicle upkeep costs. In those days, owners couldn't expect their tires to last more than 3,000 miles or so. High air pressure within the inner tube, coupled with the rough, largely unpaved roads of the day, provided a rough ride, too.

One owner writing to Country Life magazine reported paying $759 for extra-cost options on his automobile, spending a whopping 52 cents per mile for the privilege of motoring. Another motorist estimated costs at a more tolerable (but still costly) 32 cents per mile. Regardless of expense, he believed his motor car offered the "cheapest form of amusement possible."

Although predictions of a cheap car for the masses came early, such forecasts were grossly premature – with a handful of partial exceptions. Notable examples of moderately-priced autos included the curved-dash "merry Oldsmobile" (immortalized in a popular song lyric) and the 1906 Model N Ford, both priced around $600.

Quite a few prospective motorists turned to the primitive high-wheeler buggies, such as the aptly-named Orient Buckboard, which sold for $500 or less at the end of the decade. About 50 companies were turning out these basic machines. But even these minimalist conveyances were attainable mainly by persons in the middle class – especially those who could combine business with pleasure, including doctors, farmers, and small businessmen.

Early in the century, the used-car market began to develop, starting with the first private sales "between gentlemen." By 1905 or so, dealers were accepting cars on consignment, applying the proceeds to the new-car price. In the early days, cars were typically bought right at the factory, following up on ads in Horseless Age, Motor World, or some similar motoring magazine.

Used-car "specialists" also arrived. Why? Because new-car dealers first shunned trade-ins, accepting them only under duress. Soon after the turn of the century, the first used-car showrooms began to appear.

Rapid technological changes between 1900 and 1915 contributed to the depreciation that was an early fact of automotive life – and remains a cause of consumer woe, a century later. In the auto trade, that reduction in value as a vehicle grew older paved the way to making moderately-priced used cars available.

During this period, too, came the first inklings of dubious sales tactics that would haunt the trade much later, along with the first talk of market saturation. By 1915, more than one-third of new automobiles were being purchased as replacements, adding to the supply of used cars.

On the used-car market, semi-affluent buyers could choose a now-obsolete model that nobody else wanted because of technical changes. Fancy foreign models, in particular, dropped sharply in price when secondhand, but were still beyond ordinary folks.

Ford's Model T, in any case, still deserves its status as a car for working folks, as we shall see in the next chapter. Priced at $825 for its 1908 debut, the T was far beyond the average family's reach (as were the used cars of the day). By the end of its first decade, the base price had fallen to $345 and half the cars sold in the U.S. were Fords – due in part to such promotional measures as factory quotas and rebates. Soon, T prices would drop below $300; and if not truly affordable by the masses, Ford's "people's car" could at least bring motoring to many better-paid workers.

Not too many of Ford's own workers, however, could afford the car they put together – even with the $5-a-day wage they won in 1914. Not until that Model T had gone through a couple of prior owners, that is, having turned into a used vehicle. Automobility was here to stay – but not quite yet for the ordinary American family.


Click here for Chapter 17: Wheels for the Fifties Workingman